Epilepsy is a devastating condition, both for pets and their owners.

After all, watching your furry friend break into a seizure can be very distressing.

But there’s a new super easy way to help manage your dog’s epilepsy and minimize the frequency and severity of their seizures.

In this article I am going to explore cannabidiol, or CBD, and show you how it can be used to control epilepsy and seizures in dogs.

I’ll explore everything from the basics of epilepsy to more detailed information about how CBD can help reduce the effects of the condition.

Finally, I’ll also direct you towards some high-quality CBD products you can try on your dog today.

Free Bonus: Download a free checklist which tells you if your dog really needs CBD. It comes with a full 35 page PDF report you can print and read later.

Before I cover the specifics of treating your dog’s seizures or epilepsy with CBD, lets cover some basics first.

Below I’ll explain exactly what epilepsy and seizures are and how CBD can help treat them. 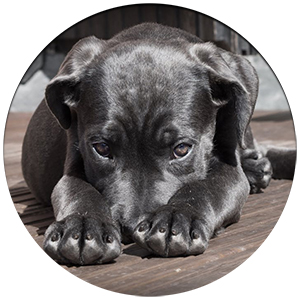 Seizures are a common symptom of conditions affecting the brain, spinal cord, and nervous system.

Conditions such as epilepsy, affect the proper functioning of neurons.

In doing so, they often cause recurring seizures of various degrees.

Some seizures can be subtle, causing symptoms such as staring, hyperventilation, and rapid eye movements or blinking.

However, other seizures can be far more severe, causing uncontrollable physical fits, shaking, tremors, and sometimes even a complete loss of consciousness.

In dogs, some common symptoms of a seizure include:

Seizures are basically caused by the abnormal firing of neurons in the brain.

Neurons are behind all the internal communication going on in the body.

Conditions like epilepsy affect the proper functioning of these neurons, causing them to fire rapidly and abnormally, which ultimately results in a seizure.

Seizures are temporary but can last for long periods of time.

Epilepsy is one of the most common long-term neurological disorders affecting dogs.

It is usually a lifelong condition, producing recurring epileptic seizures.

The causes of epilepsy in dogs vary.

It can often be caused by both environmental and genetic factors.

Finally, metabolic issues such as low blood sugar or kidney/liver failure can also cause epilepsy in some dogs.

There is a very strong body of evidence showing that CBD can help control seizures caused by both epilepsy and other conditions.

News of CBD’s anticonvulsant properties first broke in 2013 with the story of Charlotte Figi, a young girl from Colorado, USA.

Charlotte, born in 2006, has Dravet syndrome, a rare form of epilepsy which, in Charlotte’s case, caused her to have around 400 seizures per week.

Some of these seizures lasted for over 30 minutes.

Charlotte’s parents discovered that a CBD-rich cannabis extract (now sold officially as Charlotte’s Web) was the only thing able to reduce their daughter’s seizures and improve her overall condition.

Today, CBD is highly-regarded for its strong anticonvulsant properties.

In fact, at the beginning of this year, the American Epilepsy Society officially confirmed that CBD helps reduce epileptic seizures.

The society published a study (one of the largest of its kind) testing the efficacy and safety of CBD on children and young adults with hard-to-treat forms of epilepsy.

The results from the study were clear:

CBD helped reduce both the frequency and severity of seizures, sometimes by as much as 45%.

This was far from the first study exploring the effects of CBD on epilepsy and seizures, however.

One of the major clinical studies into this field was published in The Lancet, a highly-regarded, peer-reviewed medical journal, in 2016.

The study involved over 210 patients with epilepsy who were treated with a 99% CBD extract for 12 weeks.

The study found that cannabidiol reduced seizures by an average of 36% and 2% of all patients became completely seizure free following the treatment.

CBD, just like other cannabinoids, interacts with the Endocannabinoid System (or ECS), a biological system that occurs naturally in all mammals.

The ECS consists of 2 main receptors, CB1 and CB2, which can interact with both endocannabinoids (produced naturally by the brain) and cannabinoids like CBD sourced from plants.

Some research suggests that, once processed by the ECS, CBD has the ability to affect specific receptors and channels in the brain that can help calm the rapid, abnormal firing of neurons, and thereby help control seizures.

Can I Use CBD to Treat My Dog’s Seizures/Convulsions? 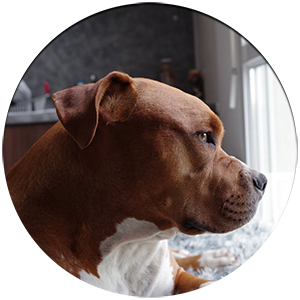 Most of the research into CBD and its effects on epilepsy have been conducted either on lab animals or humans.

Nonetheless, it is fine to use CBD oil to treat epilepsy and seizures in dogs, too.

Remember, just like humans, dogs also have an endocannabinoid system, meaning they respond to cannabinoids in a similar way to us.

In fact, CBD is highly regarded as a well-tolerated supplement for dogs.

And, if you’re worried about giving your dog “pot,” don’t be:

Most CBD pet supplements (like those I review on this site) are made using hemp, a type of cannabis bred specifically to have high concentrations of CBD and only trace amounts of THC, the main psychoactive ingredient in cannabis.

This basically means that the plants used to make products that we recommend on this website are incapable of producing a “high.”

In fact, the only difference between how humans and dogs react to CBD is this:

Dogs are more sensitive to the effects of cannabinoids, meaning they require smaller doses than humans.

But don’t worry, any specialized CBD pet supplements are produced to contain just the right concentration of CBD for your dog.

There’s no shortage of anticonvulsants available to you and your dog.

So, why should you bother with CBD when you could simply stick with a regular anticonvulsant like Phenobarbital, Diazepam, or Potassium Bromide?

Well, unlike many of these medicines, CBD produces very few serious side effects.

Most pet owners report no notable changes to their dogs behaviour from CBD.

Actually, the only side effects some pet owners report after using CBD is some slight temporary drowsiness.

You can learn more about the safety and side effect profile of CBD here.

Besides being well-tolerated and safe, CBD is often considered a supplement rather than a medication.

This means you can usually give your pet CBD without having to make any adjustments to their regular medication.

There are many more benefits to using CBD which I explore in this article.

How to Use CBD Oil on Dogs With Epilepsy

CBD oils are best administered as drops under your pet’s tongue.

This ensures the fastest relief from symptoms.

The exact dose for your dog will vary depending on his/her breed and condition, as well as the brand of oil you’re using.

For more details on proper CBD dosage, check out my dosage guide here.

Bottom line: There isn’t an exact dose that is ideal for every dog. All you need to do is follow the instructions on the product box, and see how your dog responds. CBD is non toxic, so don’t worry about negative side effects.

Positive reviews and amazing testimonials are coming in on a daily basis for CBD. So many pet owners are reporting great results.

I’ve personally told my story regarding my own dog Rosie, however there are hundreds of other great stories which relate specifically to treating seizures.

I wanted to quickly highlight a few here and hopefully you can relate to some of them:

First we have a review from Barry.

I love highlighting Barry’s story because it’s a very common one for seizures.

His dog was suffering from up to 3 seizures a day before he started using CBD. Almost instantly, his dog began experiencing results.

Not only were the frequency of the seizures reduced by 50%, so was the severity.

I have reviewed so many testimonials and this seems to be a very common result. CBD can greatly reduce the amount of seizures your dog will experience, and how extreme they are.

Next we have a great story of a 12 year old pug.

The owner writes in to report some awesome results from using CBD.

This dog suffered from seizures as well as arthritis and allergies. After using CBD oil, his owner reports that it has basically eliminated his seizures, and his arthritis does not seem to bother him anymore.

This pug is now more playful and is the happiest he’s been in 3 years! Again, the use of these supplements have totally eliminated his seizures!

Lastly, we have another awesome story from Rex.

Rex is another dog who experienced amazing success from CBD.

After 3 months of using this treatment, he no longer suffers from seizures. They are totally gone!

Here is another dog who no longer suffers because of the use of these supplements. His owners also report that his pain levels have been greatly reduced as well.

Picking a Brand for Your Specific Dog

If your pet suffers from epilepsy or any other condition causing them to have seizures, I highly recommend trying to treat her symptoms with CBD.

In fact, I’ve used CBD products myself on my dog Rosie (a Golden Retriever) to help her deal with cancer and hip dysplasia.

I use their HolistaPet CBD Tincture on our dogs and feel it produces the best results.

Their product also comes with an easy to read dosage chart so you can find out exactly how much CBD you should be giving  your dog.

You can read more about my experience using CBD products by HolistaPet here.

After witnessing the positive effects CBD had on Rosie, I can honestly vouch for these products for their safety, quality, and ease-of-use.

Alternatively, also check out some of the other CBD products I review on my site for more options.